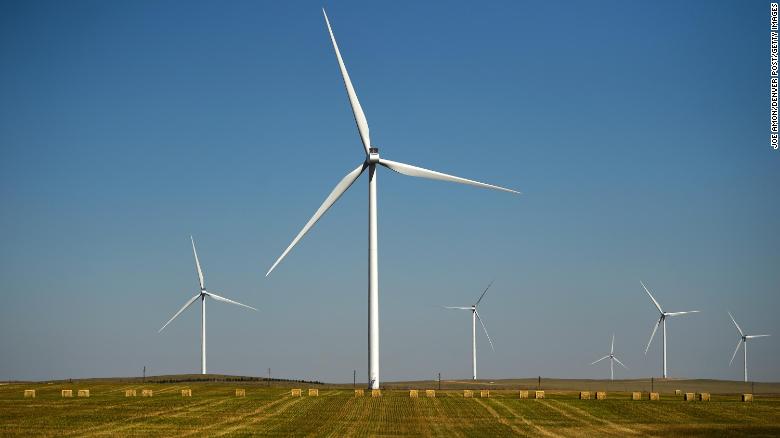 According to the EIA, last year, wind was the fourth-largest source of electricity after natural gas, coal and nuclear, generating nearly 380 terawatt-hours of electricity for the year ( a terawatt is a thousand times bigger than a gigawatt ).

In addition to important milestones, wind energy in the U.S. still lags one European country that recently broke its own record: Germany. Although the U.S. has more wind power generation capacity in quantitative terms, Germany surpasses the U.S. in terms of electricity generated from wind energy. In February alone, Germany’s windmills generated a record 20.6 terawatt-hours of wind energy, or 45 percent of its February total,Rystad Energy reported Tuesday .

In 2020, the EIA has the most recent year of reliable statistics showing that 24% of Germany’s electricity comes from wind, compared to 8% in the US.

And the larger picture shows the US trails Europe in its renewables capacity. According to International Renewables Energy Agency. , in 2020, the EU and the UK will have a combined 49% of their electricity from renewable sources, almost double the 25% in the US. President Joe Biden’s administration is trying to make up the lost ground in the wind-power game. The government has set a target to deploy 30 GW of offshore wind energy. There are more than 100 planned offshore and onshore wind projects in the pipeline.

The cost of wind and solar energy has dropped significantly and is now an economically viable alternative to fossil fuels. Scientists have warned that the world must quickly switch to renewable energy and away from fossil fuels to avoid the worst effects of global warming.

As climate researcher Jan Christoph Minx said in a news release, “We need to end the age of fossil fuels. Not only do we need to end it, but we need to end it very quickly.” The development of renewable energy is the general trend, and we should speed up the pace.

In 2021 renewable energy use reached an all-time high, but so did CO2 emiss...