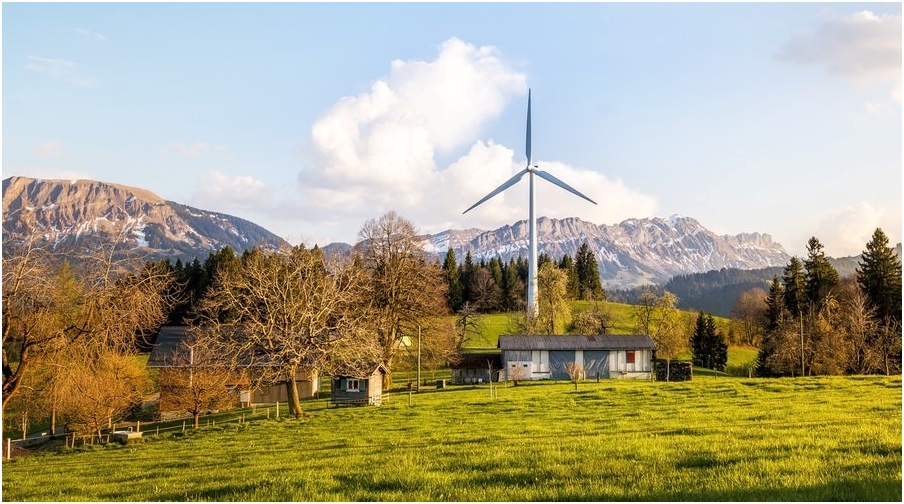 We know we have to reduce the amount of carbon dioxide in the atmosphere if we want to prevent the Earth from getting too hot for human habitation. Carbon capture may be one way of doing that, but the technology is expensive — about $120 a ton — and doesn’t work very well. It may be a decade or more before carbon capture is commercially viable, but as more countries put a price on carbon, things are getting to the point where it might be possible to make carbon capture profitable.

A recent article in World Oil features this headline: “Carbon Capture Tech Becoming Cost Effective As Emissions Price Soars.” Citing a report by Credit Suisse says the cost of carbon has never been higher in Europe and is likely to keep increasing. The report says carbon capture technology is already being used in North America and Australia, and large projects are being developed in the UK, the Netherlands, and Norway.

“Carbon pricing is driving industries to push to adopt the technology sooner,” says Samantha McCulloch, head of carbon capture usage and storage at the International Energy Agency. “The growing portfolio of [carbon capture] for projects around the world is important to refine these technologies, reduce costs and support the scale-up.”

The process siphons off carbon dioxide from fossil fuels, compresses it, transports it, and then stores it in depleted undersea oil reservoirs. According to Wood Mackenzie, the number of projects planned around the world has risen 6-fold since 2019 to 300. Today, the IEA says the technology costs about $120 for every ton of carbon dioxide removed during the production of cement. The cost of pollution permits is around €55 per ton. It’s a money-loser, in other words.

But carbon prices could reach €100 as soon as 2025, according to Bank of America. At that point, it will be more economical for some sectors to use unnatural gas to capture their emissions rather than pay for permits to release them into the atmosphere. “A carbon price of 100 euros obviously changes the game,” says Simon Virley, vice chairman and head of energy at KPMG and a former UK government official responsible for carbon capture.

Carbon capture is already beginning to attract large investments. This year, the Dutch government announced it will spend $2.5 billion for the first large-scale CCS project on the continent. Norway is investing $1.9 billion, and the UK has pledged $1.4 billion over the next decade to create four carbon capture hubs.

These three nations, all of which border the North Sea, have a history of fossil fuel exploration and production, but spending by UK oil and gas companies in the North Sea last year fell to the lowest level since 2004. Carbon capture technology could be key to keeping those industries — and the sectors they supply — alive as climate targets tighten.

“We need to see higher carbon prices to make those projects profitable,” said Anders Opedal, chief executive officer of Equinor, which is developing CCS in the UK, Norway, Germany, and the Netherlands. “It actually needs to be more expensive to pollute than actually capture and store.”

If there’s a buck to be made removing carbon from the atmosphere, what’s wrong with that? The answer is four words long — too little, too late. According to World Oil, Britain has the most ambitious climate goals of the G-20 nations, targeting a 78% reduction in emissions by 2035. The nation has committed to helping fund two industrial hubs, where heavy industry and power generation can use carbon capture and storage by 2025, with another two by the end of the decade. The aim is to scrub as much as 10 million tons of carbon dioxide from the atmosphere every year. Details about how the projects will be funded have not yet been released, however.

How little is too little? The carbon capture projects now operating are capturing about 40 million tons a year, according to Wood Mackenzie. In 2019, total global emissions were 33 gigatons. According to NASA, one gigaton is equivalent to one billion metric tons, 2.2 trillion pounds, or 10,000 fully-loaded US aircraft carriers.

Multiply that by 33 to get an idea of how much carbon dioxide needs to be captured to remove just one year’s worth of emissions, never mind the decades’ worth of carbon dioxide already in the atmosphere from prior years. Regular readers know I am math-challenged, so I am not going to even try to calculate what percentage of total emissions those 40 million tons amount to, but I’m pretty sure it is tiny.

There are 19 large-scale CCS facilities in operation today and another 32 in development, according to Credit Suisse. If these all come online, they could store 100 million tons. That’s still little more than spit in the ocean, however. There’s also a chance the technology might not be as effective as promised, World Oil says. The world’s biggest project, at Chevron’s $54 billion liquefied natural gas plant in Australia, has fallen short of its target to capture 80% of emissions from the plant. In fact, it has captured just 30% over the five years it has been in operation.

Plenty of climate scientists believe carbon capture is just a charade designed to prop up the oil and gas industries. According to Reuters, much of the captured carbon dioxide is injected deep underground to increase the sub-surface pressure to bring more oil and gas to the surface where it can be extracted, transported, and burned. In other words, carbon capture is just business as usual for the fossil fuel industry and a convenient facade to convince critics it is actually doing something to address emissions while continuing to do what it has always done — sell fossil fuels.

“Putting carbon capture technology on greenhouse gas-emitting facilities enables those facilities to continue operating, effectively providing those emitters with a license to pollute indefinitely,” a group of over 500 international, US, and Canadian organizations said in an open letter to policymakers in July.

The truth is, for the Earth to remain suitable for human habitation, we need to stop burning fossil fuels. Period. Full stop. The IPCC 6 report says there is a tiny window of opportunity to keep the increase in average global temperatures below 2º C if we take immediate action to slash emissions. But if we wait until mid-century to take action, it will be too late. Jeff Bezos may be secure in a bubble somewhere but billions of innocent humans will perish, along with tens of thousands of other species.

Economists talk about “opportunity costs.” For example, a dollar invested in A is a dollar that can’t be invested in B or C. British power generator Drax is developing a $2.8 billion biomass energy carbon capture generating facility it says will remove up to 9 million tons of carbon dioxide a year.

According to Renewable Energy Hub, one solar panel avoids about 900 kilograms of carbon dioxide a year. A one-gigawatt solar farm has 3.125 million solar panels according to the US Department of Energy and costs about $1 billion. For the cost of the Drax product, the world could have three 1-gigawatt solar farms that would keep approximately 8.5 million tons of carbon dioxide out of the atmosphere every year.

On the surface, both alternatives cost about the same, keep roughly the same amount of carbon dioxide out of the atmosphere, and generate approximately the same amount of electricity. But there is one factor that is not the same — the cost of fuel. No matter how they dodge and weave, fossil fuel-powered generating stations can’t avoid the fact that they have to pay for fuel while renewable energy installations do not.

So which is the better investment? Let’s put it this way. Solar farms are a mature technology that is available today. BECCS is experimental and won’t be available at scale for many years. But the fossil fuel apologists refuse to give up their quest to keep doing what they have always done because it’s how they make a living.

“It’s a question of when, not if, for CCS becoming economic and coming to the fore,” said Mhairidh Evans, an analyst at Wood Mackenzie. “The 2020s are about that market development.” Wrong! It’s a question of why should we continue using last-century technology when better alternatives are available? If people want to continue living on the Earth, we need zero-carbon solutions today, not by 2030 and certainly not by 2050.

We have the opportunity to invest wisely in clean energy solutions or not. It should be an easy choice to make. If the Bandit needs to get from Texarkana to Atlanta in the shortest possible time, he isn’t going to drive through Chicago on the way. There are only so many investment dollars available. Let’s put them to work where they will do the most good. To paraphrase Nancy Reagan, “Just say no to carbon capture.”

Bipartisan support for clean energy appears to be growing